Until recently, the overall functionality of the Matrix Visual in Power BI has been limited.

However, this all changed when Microsoft announced the Power BI March update, which gives users access to the

Matrix Preview. This can currently be used alongside the old matrix.

In this blog, I will be comparing the old Matrix and the new Matrix Preview. The updates featured in the latter are as follows:

This article will only focus on the drilling into hierarchies’ functionality. Click here to find more information around the

Matrix updates, along with the extra features not covered in the blog.

the user experience easier when dealing with large datasets. The image below shows this new feature compared to the old and new Matrix. 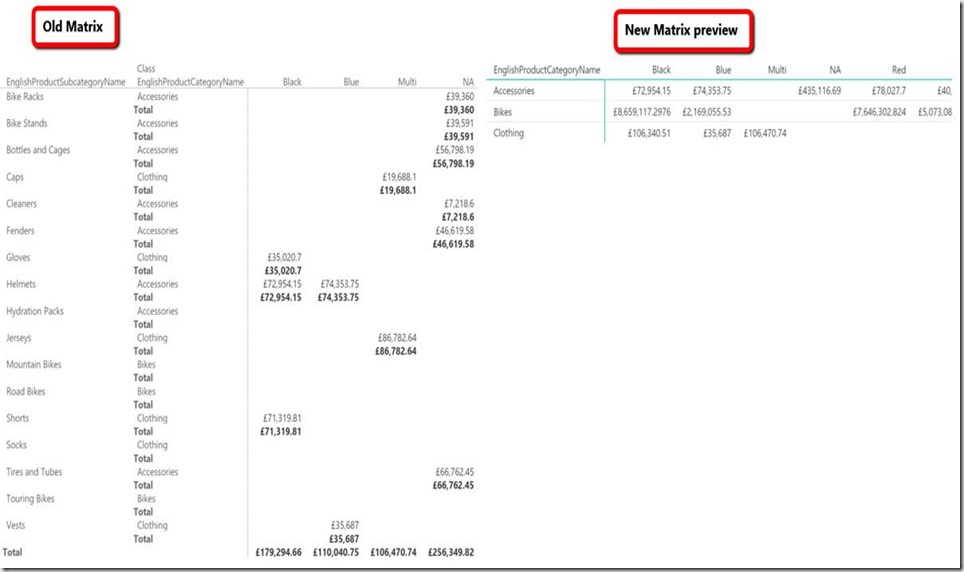 There is also the capability to show both levels of the hierarchy simultaneously , which is again done using the hierarchy navigation buttons

as illustrated in the image below. 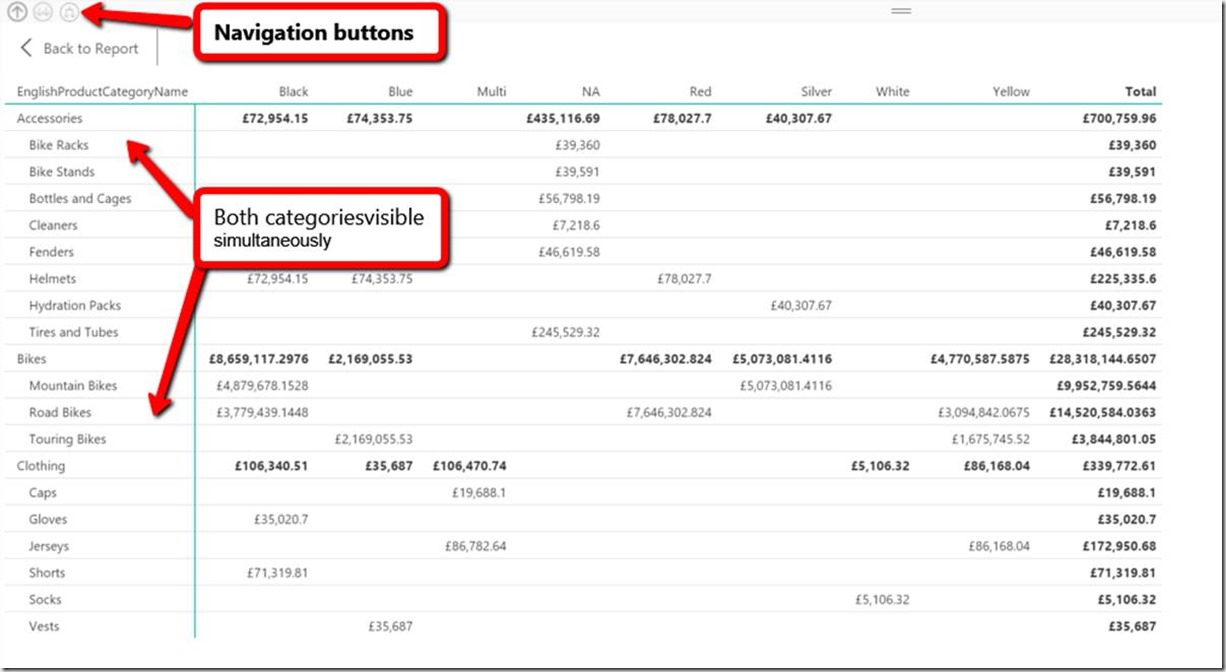 You can also drill up and down on individual columns using the right click function as shown in the image below. The benefit of this is that it

gives the user a more detailed drill down of a desired column.

Further drill down options are available, for example, the ability to drill down on row category headers.

In normal mode (without drill mode turned on), other datasets in other row category headers will be faintly visible. By turning on the drill down mode

it allows users to works on a specific category row header in isolation. The following images show the differences in the two views.

The Matrix Preview has brought about interesting and useful tools making it more interactive. The ability to be able to drill up and down within a report particularly stands out for me.

It is also worth mentioning that other features, not covered in this blog give users increased customisation when working on reports – showing how impressive the Matrix Preview is.  April`s Power BI update

My next blog will be looking at the following two features added for Matrix Preview: