Diversity and inclusion are a big focus on most companies minds right now and everyone seems be promoting that they are tackling it by doing a multitude of different things. The use of anonymous CVs is just one of the examples which allows any conscious bias to be removed. This change in people’s mindset, to be more inclusive, has opened a lot more doors for individuals who only a few years back wouldn’t have been considered for roles which they were more than qualified for.

I personally have been a woman in male environments since I was at school. I was the first female in the first year of a new young apprenticeship scheme where you would spend one day a week at college learning a trade so that when you finished your GCSEs at 16 you were already 2 years into your NVQ qualification. I chose to do mine in Motor Mechanics, not only was I the only female in the class, but I was also one of only two girls at the whole college on that course. After I finished my A levels and education, I moved into the IT sector and have been involved in IT and data ever since.

There have been challenges, frustrations, and judgements along my career but there have also been opportunities, surprises, and excitements – just like everyone’s career.

Over the years I have seen the culture change, seen the prejudice decrease, and the mindset of people shift. One of my favourite examples is from my first IT company where “they took a chance on me when other companies wouldn’t have given me the opportunity”, whether this statement is now politically correct, without them taking what was perceived as a risk and being open minded, I might not be working as a Data Engineer now.

There are lots of blogs, post etc online relating to people’s experiences being a female in male dominated industries. We all have our own stories, I have many myself, from having men telling me they would carry tyres for me as they were too heavy for me to move, to being told I would never be able to pass a technical exam in a year. When I reflect on my experiences, I try to be honest and yes there were one or two people who probably would never change but other people didn’t necessarily understand that what they were doing was judging or their conscious bias was in play.

It is not only men who have done these things and needed to have a different mindset, it was also women. I remember having a woman calling the IT helpdesk with an issue and when I said that I could help her with her IT problem, she was shocked and suggested it might have been better if she spoke to a man. I also have heard women use words like “calculated” and “callous” when describing a woman but when a man had done the same thing, they had used words like “strategic” and “opportunist”.

As I go through a timeline in my own head, I can see that as time passed, so did the way people thought and behaved. As I have gone through my career things have shifted, and as people’s minds are opening so are doors – not that they should have been closed in the first place.

Being able to find an organisation that is inclusive and supportive is important not just for females but for everyone. Some organisations have truly embraced this and have developed a strong culture to attract, develop and retain female talent and working for one of these organisations allows myself and others to excel and grow. It is these organisations that will attract top talent and leverage a wider talent pool.

As a female I have often been underestimated which can be seen as a negative side of things, however it is also a positive thing as I have been able to impress people.

Back when I first started my journey, I used to feel that I have to work twice as hard as the men to prove I was just as capable as they were, I now look back and realise that I have a great work ethic, the hard work boosted my confidence, and I was and am just as capable and they are.

I have tried to turn any negative experience into a learning opportunity by being more aware of red flags with a company, building my own confidence, and figuring out different ways to deal with or overcome things.

Doing this has helped me get to where I am today, being able to spot concerns when looking at companies has meant I am now working for a company that values me, sees me as an equal, and I feel confident in my abilities and my hard work to know that I deserve the position I have, and I have earnt it. I am not a diversity hire or a token promotion. There is so much advice or examples online of how people have dealt with situations that it can feel overwhelming. It is also hard to decipher which would be the most appropriate way of handling something especially if you don’t feel comfortable with it all.

Being Heard – One of the easiest things I have done myself is to tailor advice or examples to suit me, for example I was struggling to be heard in meetings but wanted to be able to get my voice across. I was given so much advice from people around speaking louder, speaking deeper – as apparently men struggle to hear the higher pitch voices which women tend to have and so are simply unable to hear you! I didn’t feel comfortable speaking over people, as having been on the receiving end, I personally chose not to do this. I decided to put my hand up, I took onboard what advice I was given and realised that the general idea was that I needed to be noticed. I went to the next meeting and ensured I sat in a seat that if I raised my hand I would be seen – I never had a problem in meetings again.

Ally’s – I often see posts about finding a group of like-minded women to help and listen which is great if you can find them in your workplace, however being someone who has been in situations where I have been the only female in my workplace it is not always possible. I do find it helpful to have people (any gender) who you can talk to or just have lunch with, it doesn’t have to be someone in the same department just someone who you can connect with.

Self-distrust – Another piece of advice I wish I could have given to my younger self is to not allow people to make you question your own abilities, there were times I didn’t attempt something or feared trying as I was doubting myself. The manager who told me I would never pass the exam in a year made me question myself and after some reflection I realised I knew if I put my mind to something I could achieve it and so I studied and yes, some subjects were harder than others but I studied those harder and not only did I pass the exam but I passed another 3 all within 5 months.

Speak up – Talk about the issues, the good and the bad. Mental health is everywhere, and more people than ever now understand it more and are aware of the effects it has on people. I feel not only is it great for everyone to be able to be open and honest, but it has been a perfect pairing for this subject as being able to speak to people (all genders) openly and explain how you are feeling about something does help and with the knowledge that people now hold, you can be understood.

Imperfection – There is nothing wrong with failing, we do it every day. Part of our job is to troubleshoot, and problem solve which is the same as failing, you try something and it doesn’t work so you try it another way until it does.

Throughout history women have constantly been underestimated but they haven’t let this stop them striving for great things. You can find so many extraordinary women in history who wouldn’t let anything stop them – Joan of Arc, Marie Curie, Rosa Parks, Rosalind Franklin, Margret Thatcher, and Boudicca to name just a few of the famous women who made a significant change to our world today.

There are also the unsung heroes who stood up and became a pillar of the country during World War 2, when all the men were fighting, they took on roles which had always been seen as jobs for men. They rolled up their sleeves and showed the world not only were they capable of performing the task at hand, but they did it well and kept the country moving.

Change is happening every day, and the world is becoming more diverse, it is becoming a world where gender is not holding people back. Women are finally being seen as equals, strong, intelligent, and just like we always have we are not letting anything stand in our way! 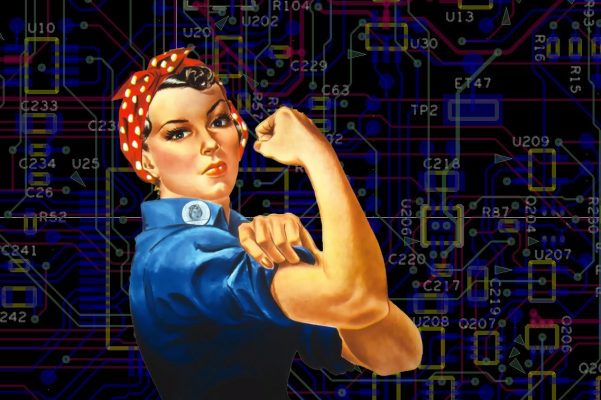 This blog will demonstrate the use of cluster-scoped initialisation scripts for Azure Databricks. An example 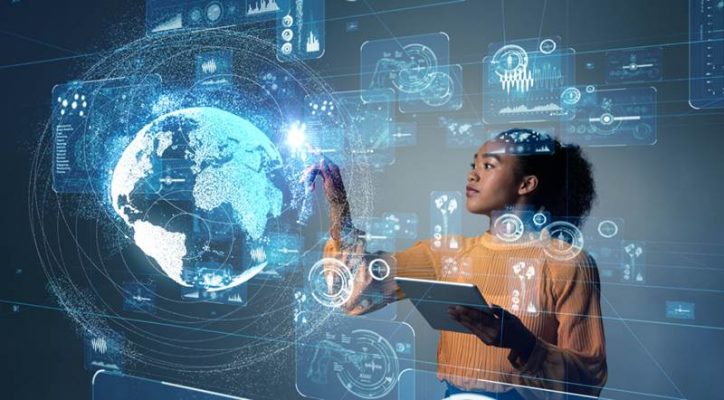