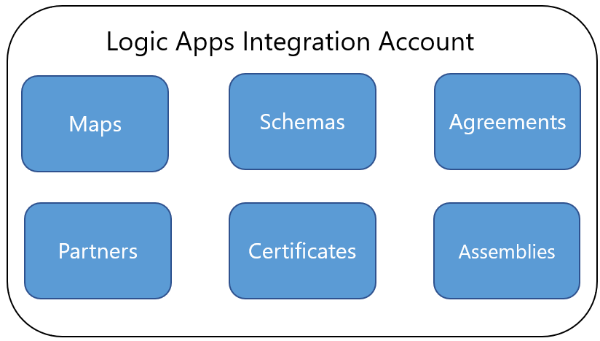 To understand the capabilities of an Integration Account, we’ll use Adatis as the main company and will create a fiction company called ABC and serve as an Adatis trading partner. In case we are EDI service provider a separate Integration account per every customer will need to be created.

For the AS2 transport protocol, we must make use of x509 certificates for signing and encryption.
We will use Adatis private key to decrypt the messages send by ABC.
Also, we will need an ABC public key to encrypt messages sent to ABC. 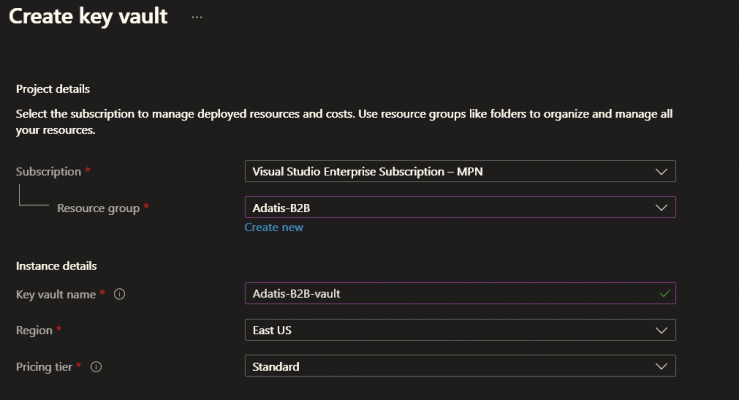 Once the key vault is created, we need to create access policies for Azure Logic Apps and grant access permission to key vault .By doing this we are allowing the Integration account Adatis to access this key vault and use the private key stored in.

Once the access policy is done, we will have to upload the Adatis private key to the vault

Back to the integration accounts module, we will need to add the following different types of certificates:

At the end, we need to have inside Integration accounts certificates section something like:

In any B2B interface implementation, Schemas and Maps play a vital role.

Schemas ensure that the messages sent from the trading partner stick to a specific EDI standard.

Maps help to translate messages from one format to another.

For the purpose of this tutorial, we will upload EDI 856 schema which is Advanced Ship Notice under Schemas:

If we have any custom transformations, we can upload them under the Map:

Creating Partners in an integration account are the next step

Any B2B messages will have Sender and Receiver IDs in their headers.

These IDs, along with some Qualifier fields, uniquely identify a trading partner.

The following is our sample EDI header:

Since we are planning to exchange messages over AS2, we will also need to add AS2Identitie for the partner.

We will add this AS2 Id in the same place where we add the Edi Id: 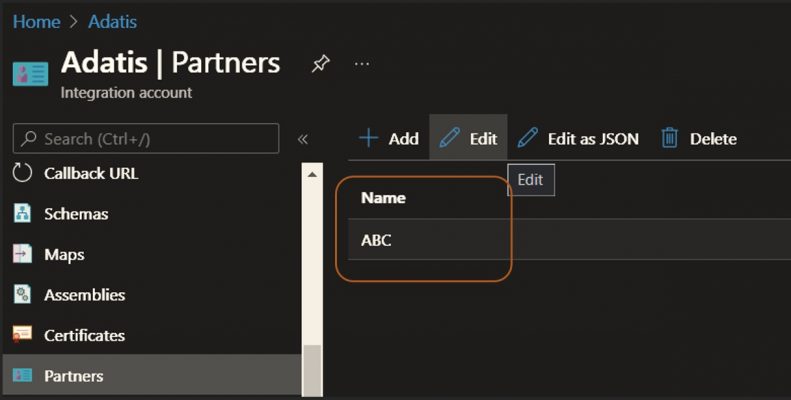 The following screenshot shows that ABCAS2 is added as an AS2Identity for ABC:

Before clicking the Ok scroll down to reach the Metadata section and add bellow keys: 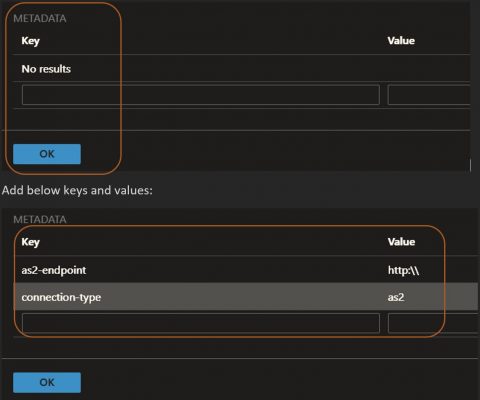 We need to repeat the same steps but, in this case, to create for Adatis:

Some of these configurations are detailed here:

Once these configurations are agreed upon, they need to ensure that the EDI engine enforces them.

Integration accounts provide the option to store and enforce them through AS2 agreements. 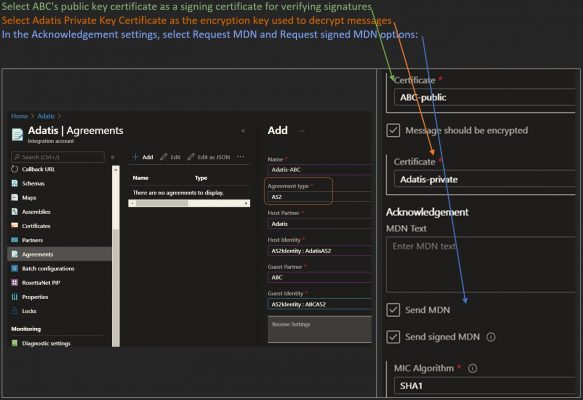 As such, we need to configure the sender-side settings as well: 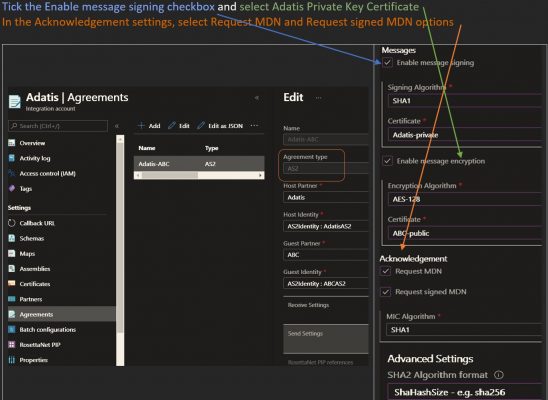 In B2B messaging, both trading partners need to agree upon variants of the messaging protocols, such as X12.

The following are a few configurations the trading partners should agree upon:

All these can be defined in X12 agreements in an integration account.

Last step we need to create Storage account on which we will save, decrypt and process messages: 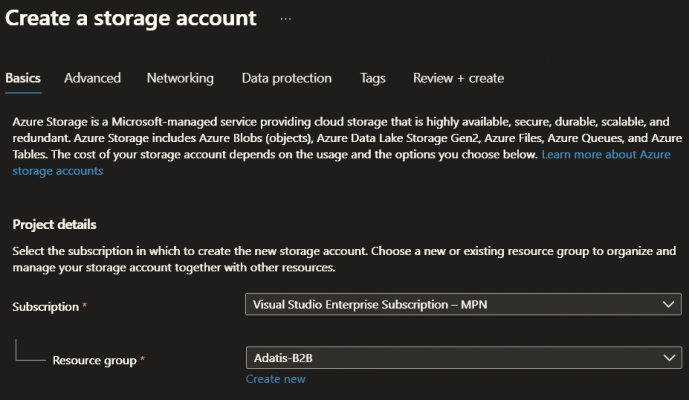 I hope you found this useful! Please follow on on LinkedIn to keep up with all of the latest blogs from the Adatis team.