This is probably my first proper non-technical post and I’m posting it because life at Adatis isn’t always glamourous and filled with exciting tech. Sometimes you get stuck in a lift in Coventry. That’s what happened to me.

There’s not an awful lot of context to this…. I’ve been up in Coventry all week on a client’s site, and staying at one of the Premier Inn’s in the city. For most of the week, it has been a pleasant stay, getting to know Coventry better (the city has some incredible restaurants for very little money) but otherwise uneventful. That is, until last night…

The Elephant In The Room

Well, said elephant is probably me as I caused a lift, which can hold up to 8 people, in a Premier Inn to breakdown. My first thought was “FFS”. After getting hold of the lift company, my first action was to tell my girlfriend (no sympathy there), so my second port of call were my work colleagues. This is where the fun begins…

“I’m stuck in the lift” – and the reply is not sympathy but elevator related puns, or encouragement to crack out some code, or general enjoyment at my plight. 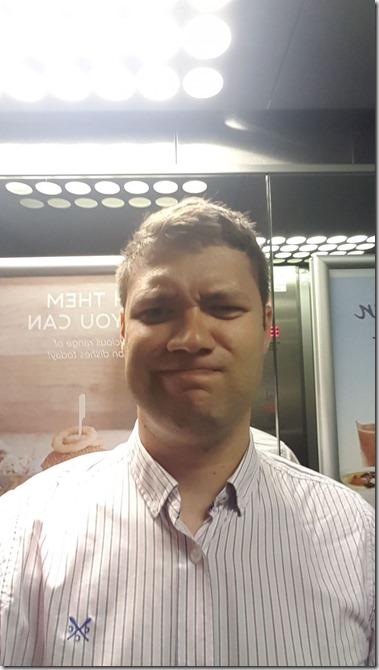 After half an hour in the lift, hunger set in. And so the pictures of food flooded in to make the hunger worse. Elevator puns were still coming in from the late joiners. 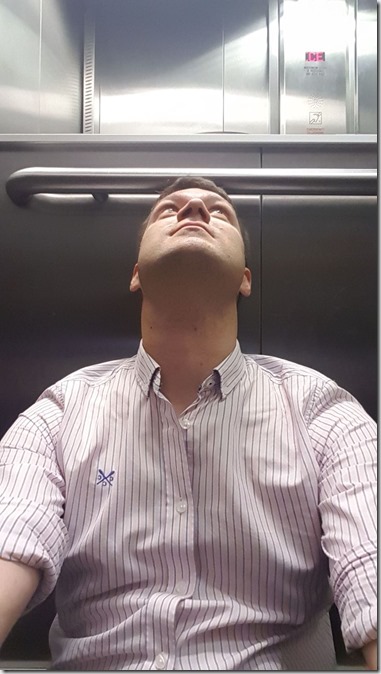 With the encouragement of the guys at Adatis, I was tweeting my ordeal using the #GeekInALift hashtag on both Twitter and Instagram.

Over an hour and a half after I got in the lift, I was rescued by the engineer. 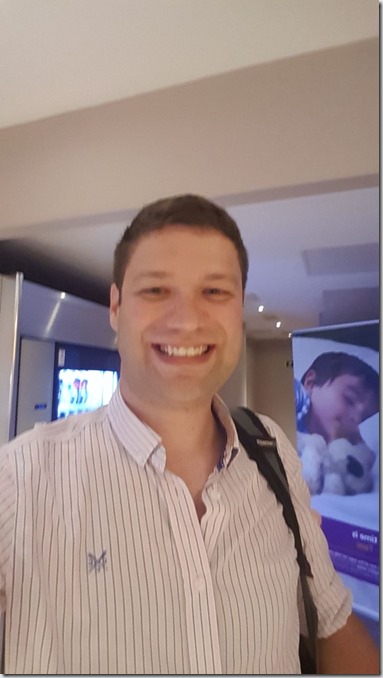 The obvious lesson that I learnt was that I shouldn’t be so reliant upon machinery and technology. Sometimes they break.

The most rewarding lesson was that I can always count on everyone at Adatis to lift my spirits and keep me sane when the current situation is bleak. It’s something that I have taken for granted in the past, but no longer. It genuinely makes me proud to be an Adati.