Most will know that a pow wow is a native North American term for a social gathering. It originated from the Narragansett tribe of Rhode Island, where it means “spiritual leader”. The output of the gathering is an agreement on a way of behaving or interacting between the participants. In Latin, it’s referred to as modus operandi, but from an agile Scrum perspective it’s better known at the Way of Working (WoW). 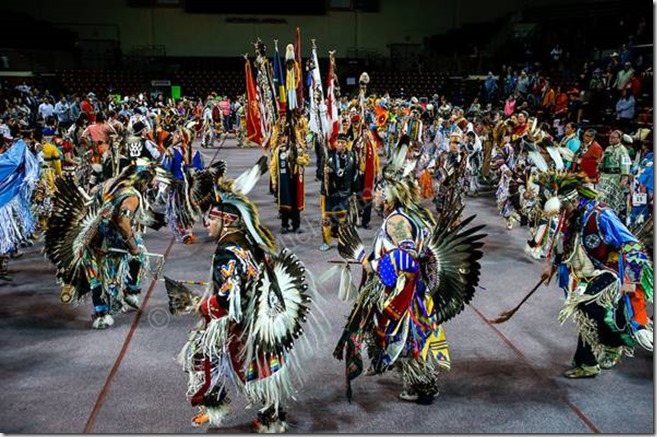 In a previous blog called Scrum Insanity, I introduced the concept of a sprint cheat sheet to avoid basic errors from creeping into sprints. The sheet effectively is a gating process for functional sprints, so that during each project meeting, we can check we are not overlooking any risky behaviours. The one thing it did not directly address was the WoW. The WoW is critical to how a project can be delivered as smoothly as possible. So as the spiritual leader (or this case superhero) it’s critical you smash the WoW as quickly as possible. If the picture below means nothing to you, you’ll need to google “batman pow” to see the awesome TV effects of the 1970s, but failure to Pow WoW will allow villains to creep into the project. 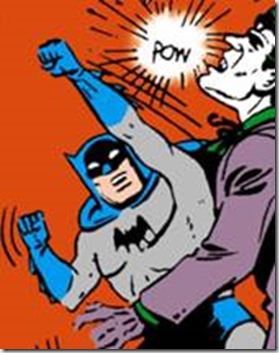 Finding a WoW involves building rapport, confidence and trust in the project team. This begins the when you meet the client for the first time. First impressions are critical, so you need to have mobilised and prepared everyone for the project. You must be professional from the get go. The next thing is communicate, communicate, communicate and the best way to do that is face to face. That does not mean you should do all the talking. You have two ears and one mouth, which is a good ratio for how they’re used. Make sure everyone in the meeting has an opportunity to raise issues or concerns. As the various topics are covered you will understand the client’s etiquette; how they talk, their level of formality, how process driven they are, their general demeanour and even what banter they engage in. Topics to cover would typically be:

Stick to your project processes as much as possible, but try to accommodate the client’s needs as much possible earlier on, especially if they are not familiar to Scrum. Once the WoW is working, the client may be more accommodating to doing things your way. If they are pulling you away from your process, remind them that the further they drag you away from the norm, the more unfamiliar and inexperienced you will be. There is a reason why pilots are all trained the same way.

Capture and document the WoW and then get to it. It’s important to emphasise that it’s not us and them; it’s one team that succeeds or fails together. Run the sprint retros after the first sprint (or sooner if required) to refine the WoW based upon how things are going. Keep doing the retros until all parties are comfortable that it is working. Once this happens trust and confidence in the team grows and the need for some of the additional project artefacts recede.

I have another cheat sheet to help guide me through the project process. Yours may be different and that’s OK, so long as it helps guide you through the process of establishing the WoW. So much like the Indian pow wow, the Pow WoW should be a convivial, almost social interaction so that the project can be successfully delivered as pain free as possible and there may even be the odd joke or smoking of the pipes of peace. 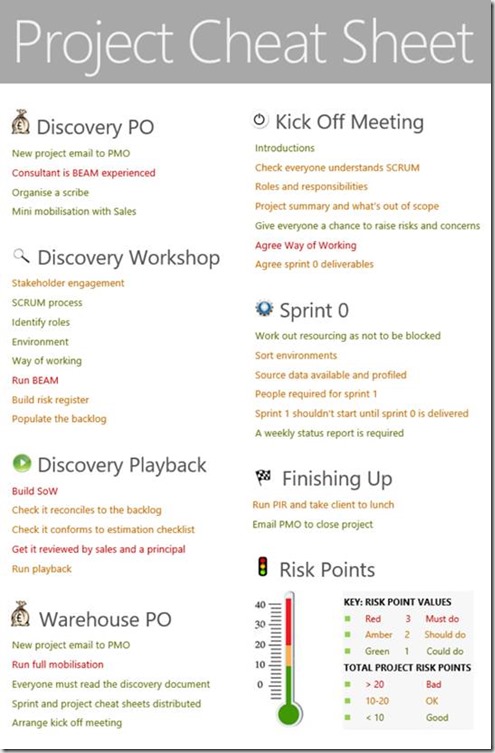