I had been playing around with the Bot Framework for a while but hadn’t really got anywhere, largely due to having enough time to create something worthwhile, when I came across the Azure Bot Service whilst I was trawling through the documentation of the Bot Framework. The Azure Bot Service is currently in preview and allowed me to quickly author and deploy a basic bot for the purpose of this post and walkthrough.

Like most services in Azure, creating the bot is easy and requires the following input

Setting up the Bot is a bit more involved. Once the bot has been created, you’ll be presented with the following screen

The App ID and Password are auto-generated by Microsoft, but you will need to make note of the password and store it securely as it is only displayed once in the app registration process.

Next you want to select the language in which the bot is developed and deployed. You have the choice of C# or NodeJS. I opted for C# as it’s a language I am most familiar with. 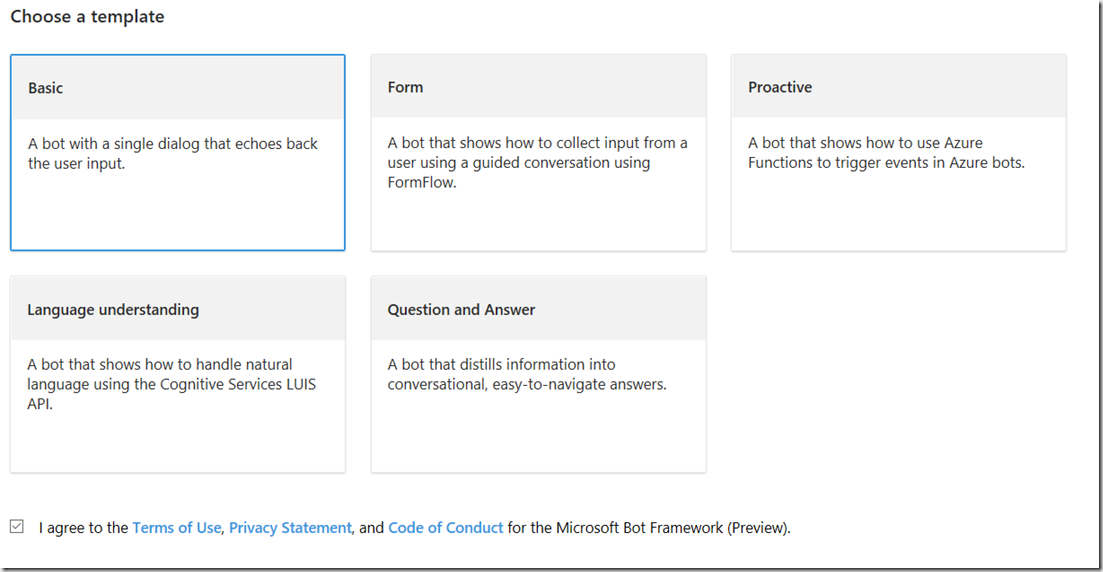 Choose your template, accept the T’s & C’s and your bot is ready to be deployed!

The Bot has been created and configured, displaying its source code which can be further tweaked in the browser or Visual Studio. You can also embed your Bot in a number of existing apps, websites and services.

Chatting with the Bot

The basic bot isn’t the most stimulating of conversational partners but it is satisfying to see your creation talk back, even if it repeats what you have just told it. 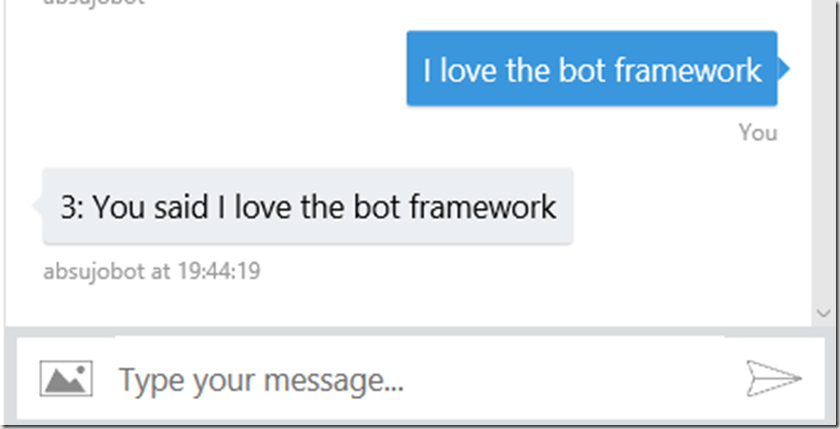 The Bot Framework opens up many possibilities to make the services you offer engaging in a conversational way. The Azure Bot Service makes the Bot Framework that much more accessible to quickly deploy bots and have them out there, engaging with users.