Well it’s been quite a week and this has certainly been a summit with many announcements for the wider BI community. Whilst I really enjoyed my previous visit to PASS and the sessions were certainly very interesting, aside from a few announcements around Power BI there wasn’t much new in the BI landscape.

This summit has been quite a different experience – it really feels that BI features are again high in the priority agenda with SQL Server 2016. We have seen the resurrection of SSRS and significant enhancements across the MS BI Stack.

As usual, as well as the new technology announcements there were some excellent sessions from community members I particularly enjoyed the session from Rob Farley’s on Query Plan Operators and Jason Strate’s talk on the Plan Cache. Both of which contained techniques I will certainly be using in future.

I thought I would write up a summary of the changes which have been announced and my thoughts on them split by feature:

Probably the most unexpected announcement were changes to SSRS. There has been such little discussion of SSRS since release of the 2008 R2 edition of SQL Server I had started to suspect SSRS was going to be left to go the same way as Performance Point. This would have been a great shame as SSRS has been a great tool for providing on-premise reporting and fits nicely in a gap which other parts of the BI Stack don’t cover.

The following new features were announced:

– The SSRS Portal has been rewritten in HTML 5 thus making it cross browser compatible and will work across devices (tablets, phones etc). It  also means the portal looks much newer and more in line with other offerings from MS such as the Power BI Portal.

– It will now be possible to setup the positioning of and grouping of parameters in SSRS reports. This will make quite a significant change to the usability of reports and was something which could not be done without building a custom wrapper to display the reports.

– The portal will support hosting of DataZen reports, the functionality of DataZen will remain and reports hosted on the site will be separate from traditional SSRS reports, however this additional report type will be rolled into SSRS and the current DataZen product will not exist in it’s current form.

– Reports can now be exported directly to PowerPoint without requiring the additional use of third party tools.

– Changes have been made to the default charts and report objects which should mean that off the shelf reports immediately look nicer than  previously. This seems like an immediate win as all those who have worked with SSRS will know, it can take some time in order to produce nice looking reports using SSRS and much of this work is down to changing the current default settings.

– The Power BI Mobile App will now support connections to RS, allowing on the move users to view on premise SSRS reports.

– Printing no longer is dependant upon ActiveX.

There were also a couple of things I noticed which were not quite so positive in the list of announcements:

– When asked about the licensing model MS could not confirm how SSRS would fit into the licensing model in SQL 2016. This could be because this has yet to be decided, however it did make me wonder that with all these enhancements is this something which could potentially incurincurr an additional fee.

Overall though the picture is fairly positive and certainly far more than I had expected to be announced. The HTML 5 compliance and changes to parameters will certainly appeal to clients. My only criticism is that functionally the navigation and user experience of the reports will be quite similar for a desktop user. Certainly the HTML 5 will improve the look, and changing the parameters will also make some improvements but the reports will still essentially be static parameterised reports – there is certainly no announcement of any new features such as AJAX style interaction with different report parts in the way that is currently supported by Power BI.

Whilst perhaps not quite as major as the changes announced to SSRS, SSIS has some pretty nifty improvements.

– Reusable (parameterised) control flow templates have been added to enable re-use of SSIS logic. Whilst I will have to try this out the implementation of this for myself certainly there are often many similar actions performed using the ETL process which could certainly benefit from this.

– Column names now appear in the data viewer in event of an error! This is a great change and whilst it has always amazed me that this has not been present in previous releases (one might think this is pretty fundamental!) this will be a great enhancement for many people working with SSIS on a daily basis.

– The latest version of VS 2015 (available now in preview!) will support all versions of SSIS, allowing all SSIS development to take place in the same version of Visual Studio. On a side note, ‘Data tools’ has been rolled into one product allowing for development of DB Projects, SSIS packages, SSRS and SSAS. Whilst this may not sound groundbreaking these are long overdue features which I think will have many people very happy.

– Packages can now be deployed incrementally to the SSIS catalog, rather than required entire projects to deployed at a time.

– A new role ‘SSIS_logreader’ will be added which will allow access to read logs without requiring Admin permissions.

– Foreach loop will now be able to iterate over blobs in Azure Storage.

– A new property on SSIS packages AutoAdjustBufferSize will, when set to true try to calculate the optimum buffer size for the package.

These features certainly will make some improvements to what is already an excellent product. Fixing some of the major bugbears such as VS support for different versions and showing column names in the event of an error rather then leaving the developer to guess will further improve the product and the additional support for connections to Azure will be very useful for those hosting data in the cloud. Unfortunately, when I asked if the issues of source control around SSIS packages will be addressed (difficulties to collaboratively work & add packages when several people are working on the same project) this is not something we can expect for this release.

Last but not least there were a number of changes to SSAS in both the new Tabular models and the traditional multidimensional cubes.

– Tabular models will have proper support for many-to-many relationships and bi-directional cross filtering. Whilst for many this was an expected feature already being available in the Power BI Desktop app, this is a major improvement. I think that currently one of the major reasons people choose to implement the traditional multidimensional model over Tabular is the complexity around these measure calculations in Tabular.

– Improved designed for Tabular models – this was shown in the demonstration and included some major improvements such as colour highlighting of DAX code, better intellisense and the ability to add comments to measure definitions. Whilst from an end user perspective there will be no change, certainly from a productivity and developer happiness side these features will be hugely appreciated and help make the Tabular model a more mature product. Again I think this is another feature which is likely to make people who had previously rejected the Tabular model reconsider it’s viability.

– Tabular models will support parallel partition processing and the translations, which for Tabular has only been available with BIDS helper as an unsupported feature will become fully supported.

– Direct Query has a number of enhancements. Firstly the queries generated from it are far more efficient than previously (they used to be very inefficient, so I will wait tentatively to see how much of an improvement this is). It also supports calculated columns (which must be used with caution!) and perhaps the largest change is that it has better MDX support meaning that Excel can now be used to connect to the model and query it directly.

– The DAX language has some improvements – it now supports variables and can return multiple result sets from a single query.

– A new Tabular JSON document representing the model will become available and can be used when compatibility level is set to the new 1200 value. From the demo it looked like this format should be far more readable to the eye as well as making changes to the model itself quicker due to an improved structure of the metadata for the model.

– Support has been added to track extended events in AS graphically.

– Issues around inefficiencies with MDX queries generated by Excel have been resolved leading to significantly faster performance in the 2016 release of Excel.

Overall this is a really nice set of improvements. We see the Tabular model becoming a more mature product and also some enhancements which will give great benefit to users of the traditional MD models, such as integration with Power BI and faster performance in Excel. There are also some significant improvements both to Power BI and the Database engine which I am looking forward to.

I should also note that Microsoft have announced their BI Roadmap which gives an overview of their future direction here: http://blogs.technet.com/b/dataplatforminsider/archive/2015/10/29/microsoft-business-intelligence-our-reporting-roadmap.aspx

Anyways that’s it for now, I’ll leave you with this picture from earlier in the week. When me and colleague Simon took a trip to Mt St Helens 🙂 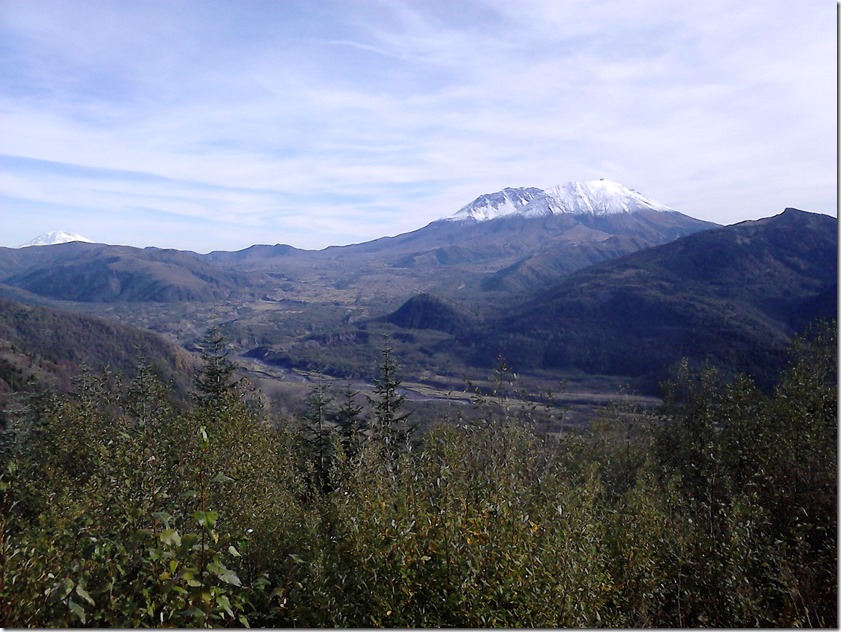