Unless you’ve been living under a rock for the last week or so, you will have noticed that CTP2 for SQL Server 2016 has been released and is now available for download.I finally got round to downloading the CTP myself yesterday and my first port of call was to take a look at the new version of Master Data Services, as it’s been given a several improvements. Included in this list of improvements is a revamped front end, so I thought it would be worth making a start by exploring the front end improvements in this blog post.

The first thing that you will notice is the new look and feel that will greet you in the web UI. Here’s the new look: 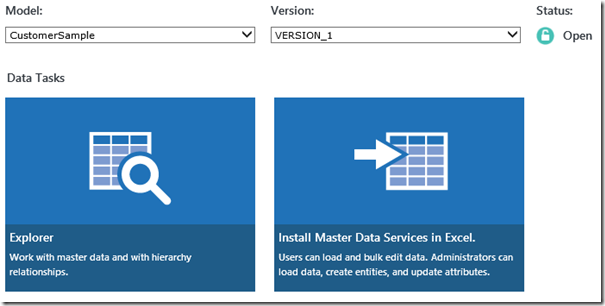 The have been a few changes to the actual Explorer grid interface. One is that you now get a Copy Member button and also there is the ability to export your current view to an Excel MDS Add-In favourites file:

If you go into the Explorer, the main grid is still present and looks the same, but there are a few changes to the menu. There used to be a Explorer menu but this is now gone – after all you can get to the same thing via the other menus. There is a new Entity Dependencies menu, which will list all of the entities within the model, as you can see here:

After each entity is some brackets, which indicates the number of dependencies that the entity has. If you click on the entity (e.g. the Region entity), then you will get the opportunity on the Entity Dependencies view to drill down on an entity member in order to locate its dependencies at different levels: 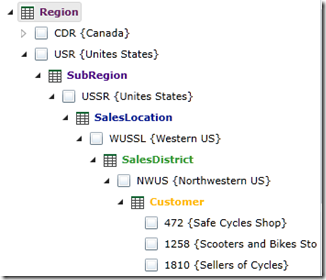 There have been some major changes to MDS hierarchies as covered on the MDS Team blog. In summary, Explicit Hierarchies and collections are now depreciated with the idea that they can be replaced with some of the new features of derived hierarchies. One such feature is the “Unused” node, which shows any members of the Derived Hierarchy that are missing a parent. E.g. in the example below I’ve created a new Area member, but its not been assigned a value for its Big Area attribute: 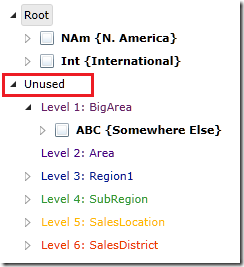 A small but useful change that I’ve noticed is that there is a setting for hierarchies that will auto-collapse a hierarchy branch if you expand a sibling branch:

For example, looking back at the screenshot I’ve included above, if North America was expanded, then turning this setting on would mean that that North America would collapse if I expanded the International branch of the hierarchy.

These UI improvements to the web interface make a welcomed change to a product that is now in its fourth SQL Server version. It’s great to see Microsoft investing in MDS, this will no doubt help increase the uptake of a product that (aside from in SQL 2014) has now seen steady improvement.