Kubernetes is an orchestrator for containerised applications. This post will aim to give a high-level overview of what Kubernetes is.

Where PaaS operates at a hardware, Kubernetes sits at the container level which means that you don’t get a full PaaS offering – but you do get some features such as ease of deployment, scalability, load balancing, logging and monitoring. Unlike IaaS, it’s not a monolithic solution – each solution is optional and pluggable, providing a platform to build upon, like Lego bricks, preserving choice and flexibility where required.

You can think of Kubernetes as one of a few things. Either a container platform; a microservices platform; or a portable cloud platform. There are probably more applications for Kubernetes, but those are the three broad and dominant uses of it.

Without containers, the way to deploy an application was to install the application on the host system using the OS package manager. It entangles the application with the host OS. Rollback is difficult, but possible. However rollback would often be restoring a VM image – which is heavy-duty and non-portable.

Containers virtualise the operating system rather than virtualise the hardware, like a VM does. They’re isolated from each other and the host. They have their own file systems and their resource usage can be bound. Because they are decoupled from the infrastructure and the host OS, they are portable across different operating systems and between on-prem and cloud distributions. 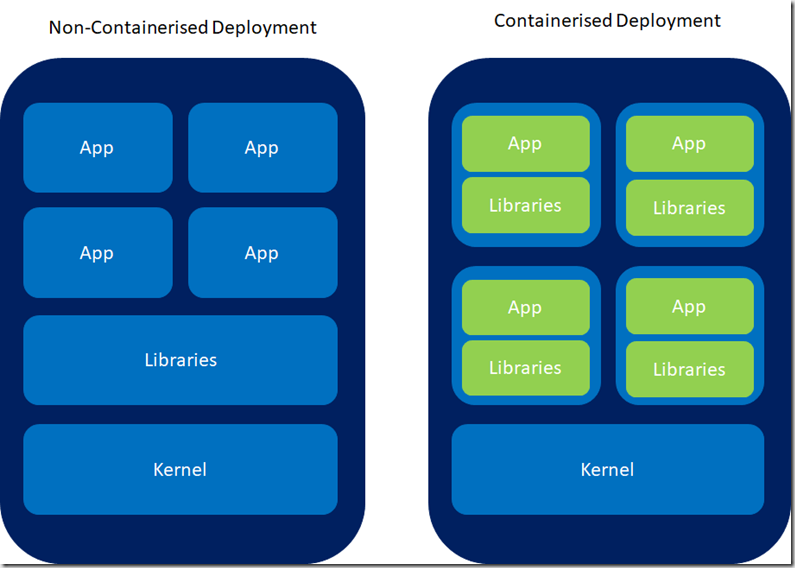 To interact with Kubernetes, you interact with the Kubernetes API objects. These objects describe the cluster’s desired state. Effectively, what applications or work loads do you want to run; the container image they should use; the number of replicas; the resources to make available – to name but a few. The desired state is set by creating objects using the API, typically using a command line interface called kubectl. Once this desired state has been set the Control Plane works to make the current state match the desired state. The process of doing this, Kubernetes manages automatically, but it does so through a collection of processes that run on a cluster. These are:

There are several Kubernetes objects. As a basic set, these objects are:

The Control Plane maintains a record of all Kubernetes objects and runs continuous maintenance loops to check that each objects matches the desired state.

At a high-level, that is Kubernetes. Be on the look out for more posts around Kubernetes.

UPDATE: This post was updated on the 20/03/2018 to give more detail to what Kubernetes is