An example of using Explicit Hierarchies is in the sample Product model that comes with MDS, which has an Explicit Hierarchy called Product Management. This groups members as shown in the (slightly edited) image below: 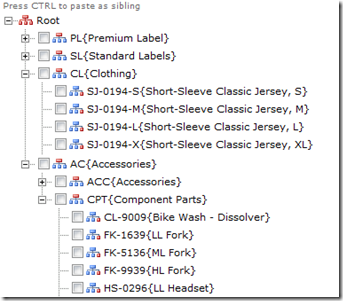 Note that the hierarchy is ragged, and that the Consolidated Members (PL, SL, CL, AC, ACC and CPT) can all have different attributes to the leaf members.

Recursive Hierarchies allow an Entity Member to contain an attribute that points to another Member within the same Entity. Essentially this is a classical parent-child structure, which can of course also be ragged. 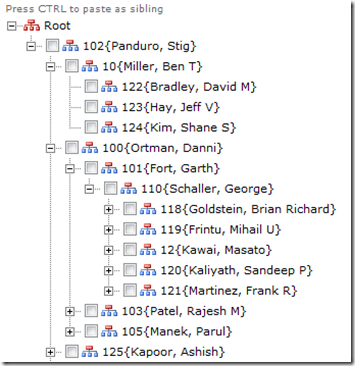 So, as we can see, both can be ragged and have a variable depth, so which one should we use? The following key points may help decide:

Considering all the above points, in my opinion anyway, a Recursive Hierarchy is more suitable when you have a genuine parent child requirement, e.g. for an employee hierarchy, or a chart of accounts. This is just down to the ease of use. An Explicit Hierarchy is more suitable when you just want to create groupings for your leaf members, but have the requirement to potentially have multiple ragged reporting hierarchies.