This post looks a little (and I mean a little) deeper in to currency conversion and demonstrates the triangulation features contained within PPS-P.

Consider this set of exchange rates, taken from www.xe.com today: 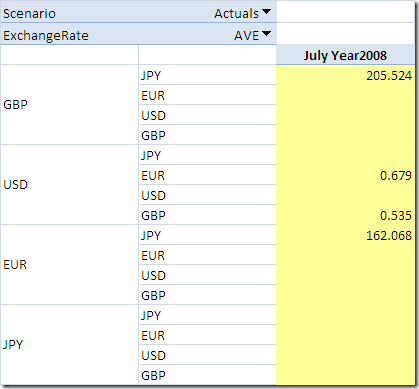 When the in-built currency conversion rule is run against, for example, a set of US financial data we can determine the British Pound equivalent.  The Net Profit/Loss of 110,500 USD, converted to British Pound at a rate of 53.5 British pence per dollar converts to 59,117.50 GBP – As you would expect: 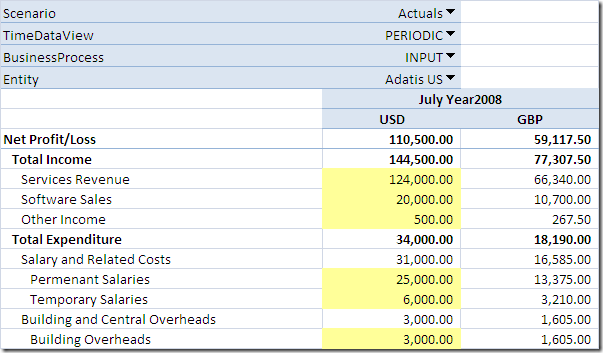 What would happen if we were to run the currency conversion rule again but this time try and convert the US Dollar figures to Japanese Yen?

If I run the currency conversion job again but instead of selecting GBP as the reporting currency, I select JPY, I get the following result: 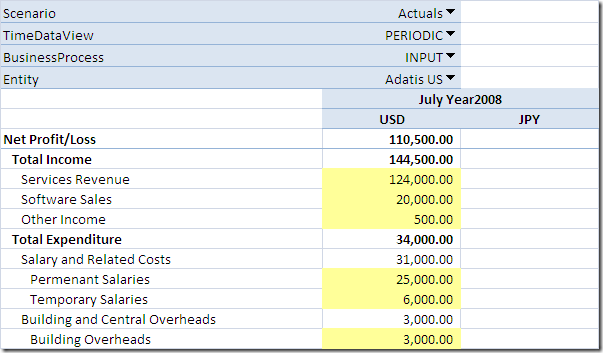 No conversion !  Why – well, we don’t have an exchange rate set for converting USD to JPY!

This is where triangulation comes in.  With our current set of exchange rates there are two methods for converting USD to JPY.  Either through GBP or EUR.  You set which ‘route’ the triangulation takes by setting the model property ‘Default Currency’.  By default this is not set, hence our failed conversion above.

However, if you were to set it to either GBP or EUR you will get some results, but there is a catch – the ‘route’ you take returns different results.  Incidentally, you don’t have to redeploy the model when you change the property you just need to save the model. 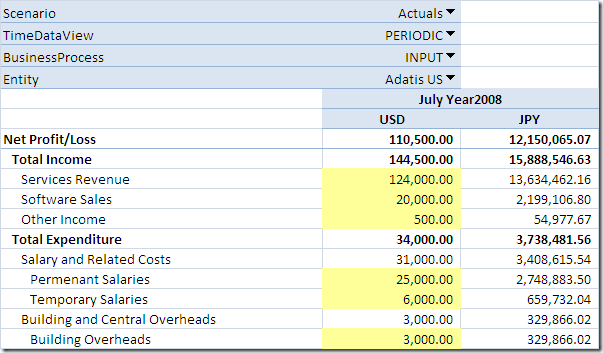 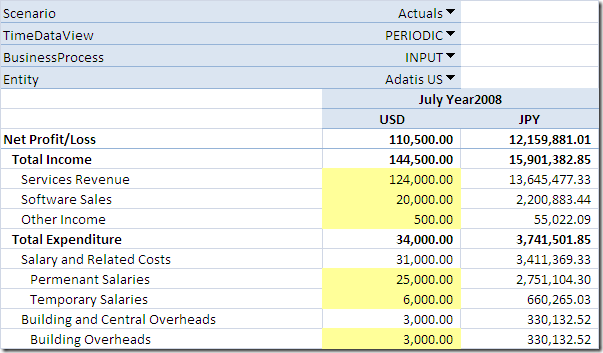 1) Which ‘route’ should you use?
That’s a business decision and if it’s going to be a common conversion then direct rates ought to be favoured over triangulation.

2) How do you exploit this model to work out guaranteed triangular arbitrage to make millions through currency trading?
I’m working on it !